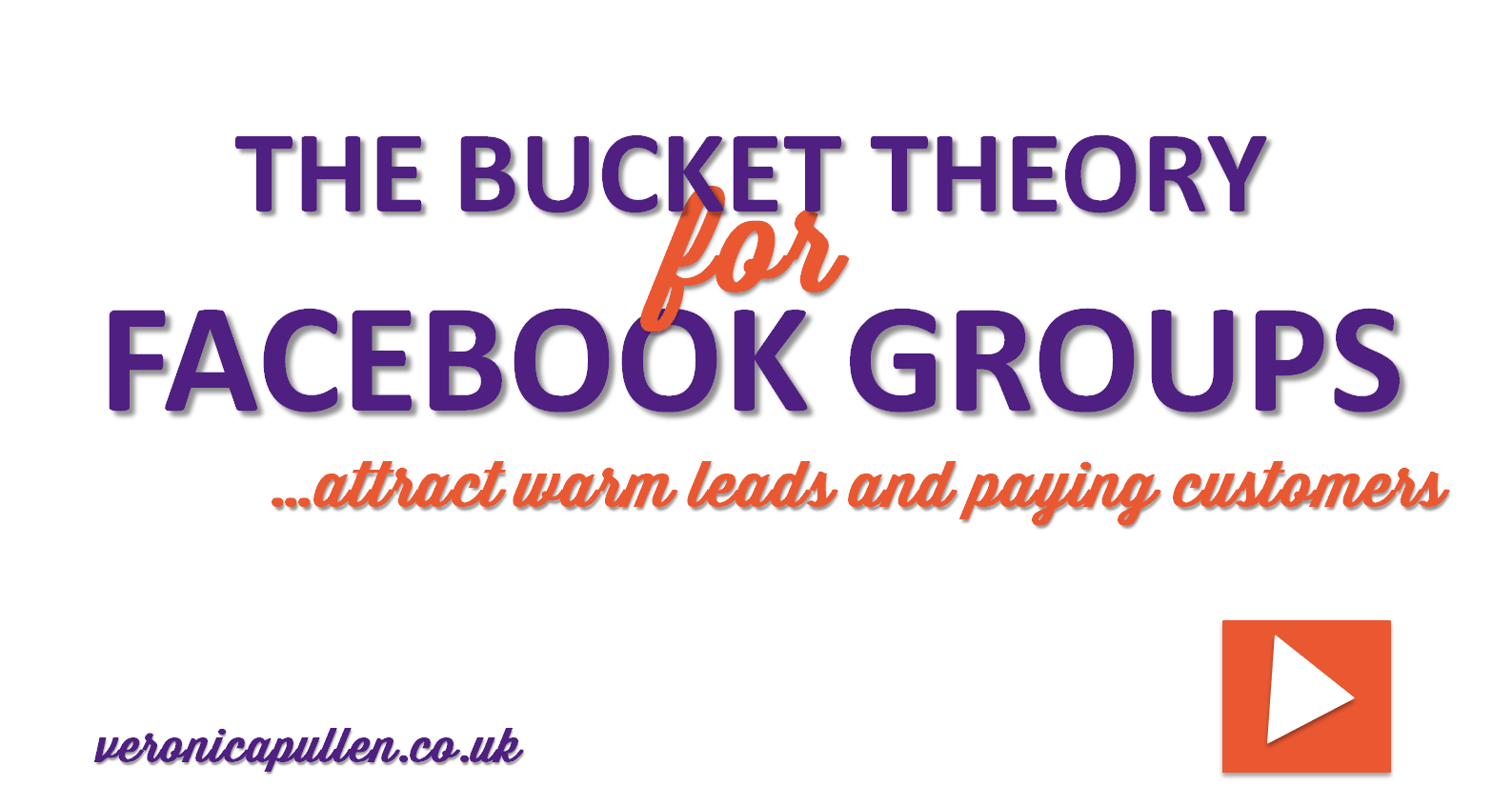 Recently I saw a post in a Facebook group I’m a member of, recommending another Facebook group that the poster felt would be of enormous value to the members.

In response, somebody replied “make sure you only comment on other posts for a while. Don’t post your own questions or spam the group with your content or offers”.

Wise words… but the sentiment doesn’t just relate to the way you interact in this particular group, but it should be your strategy for how you interact in every online group or forum you are a member of.

I call this “The Bucket Theory”.

Imagine that for every Facebook or Linked in group you belong to, you show up with an empty bucket. By commenting on, or liking posts from other members, you slowly begin to fill the bucket. Only when your bucket is more than three quarters full, should you attempt to take water out of the bucket by asking your own questions – or trying to promote your business.

In another group I’m a member of, the group owner had been absent for a month or so. The group had still been active with other members regularly contributing, but the group administrator hadn’t been around.

When they eventually showed up in the group, the first thing they did was to write a post asking members to send them feedback… and it’s been 3 days now since that post and still nobody has responded.

Because after a month’s absence, their bucket was empty. Because the bucket was empty, there was very little goodwill felt towards the absent leader by the other members, so they weren’t feeling inclined towards offering help.

This isn’t just a social media ‘rule’ by the way… it’s common psychology. Ask yourself which person you’d be more inclined to give your time freely to;

If you’re active in Facebook or Linked in groups but aren’t getting a regular flow of warm leads and sales from your group connections, perhaps the reason is that you’re running on an empty bucket?

Check out this short video demo of the Bucket Theory

Think about some of the groups you’re a member of, can you recognise this principle at play through how the group members interact with each other?