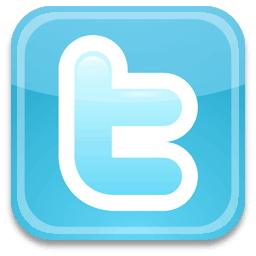 When we talk about Follow Friday, it’s a good idea to keep in mind the visibility of your tweets too as this will affect who actually sees your recommendations. Let me explain…

“@VeronicaPullen Hello how are you?”

The only people who will see this tweet in their timeline are those who follow you and @VeronicaPullen!

“Hello @VeronicaPullen how are you?”

“.@VeronicaPullen Hello how are you?”

This tweet will now be visible to everyone who follows you.

To give your tweet the potential to be seen by all of your followers, simplymake sure that @ is not the first character of your tweet. Add a word oranother character in front of the @ and your tweet will have a much further reach.

On the subject of #ff, whilst being recommended to others is always appreciated, you will see a much better response if you only recommend one person per tweet and give a reason why you are recommending others to follow them – the personal touch is always better than just tweeting a few in a list.

Remember the mantra…give people what they are asking for or hoping for…and ask yourself the question “if I was the recipient of this tweet, would I be more appreciative of a few kind words or just being listed along with half a dozen others?”

If you are taking part in Follow Friday this week, why not recommend someone who isn’t aware of you yet? Think about someone you follow who adds value to your timeline but who doesn’t necessarily know who you are. What a great way to introduce yourself to them and who knows what will happen next – If you take a minute to craft a nice personal recommendation, you can be sure that the response will be positive for you – and you’ve put your business in front of somebody else who will now know who you are and what you do!